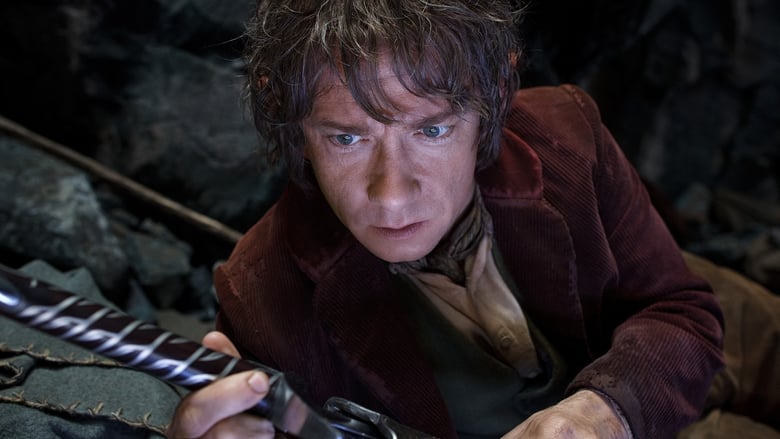 That's for the reasonable job with the comedy, design, and things not related to story and pacing with the exception of Gollum and the cave scene.

I am tired of saying "The graphics are great, but I am not going to sugar-coat this film or give it a good review just because people tell me I should.

I am sick to death of sheep. I don't care if this is Tolkien or Jackson or how much money it took to make the film. If it's bad, it's bad.

Graphics count for nothing. The reason I watch a film is primarily for a great story and well written characters I have to CARE about what is going on.

I don't get dazzled by graphics anymore if I ever did at all , and 3D action films do not make a film good.

So right there is the problem with The Hobbit. The story is shallow and pretentious and cardboard.

Let's run through why the film had me rolling my eyes throughout: - The introduction is way too long. Watching 2 rock monsters fight for minutes is not captivating or cool, it's boring.

I understand this is a fantasy. I understand that if everything was ultra realistic it would end up boring, but for heaven sake, that does not mean you can get away with what happens in this film.

EVERY single scene shows something that would ordinarily kill someone. Fall down multiple ravines, battle 's goblins with just a few men, rocks the size of cars flying at you It just doesn't work.

You know you are witnessing a lazy-ass story when your heroes are saved at the last minute EVERY time in multiple scenes.

Where does that leave us? It leaves us with all main characters intact and no dramatic tension. Every scene you see a massive rock crush a character you know they aren't dead.

Further to this point, smaller problems exist such as Bilbo never handling a sword to suddenly taking on killer beasts like he has been to He-Man training school.

The way Bilbo goes from being an outcast to being accepted is contrived and rushed and totally obvious. It just smacks of lazy cliche writing.

The acting that goes with it is not good either. Kind of like "I once said OH how wrong I was! Then you have the White Orc that Thorin said he had slain, and you just KNEW it was coming back at the end for some sort of showdown, didn't you?

Talk about obvious. I blame the film for this because the scenes involved in the exposition were way too see-through That brings me onto the whole "Thorin dislikes Elves" angle, where you know the Elves are suddenly going to become important allies just so we can have a totally obvious and expected reversal.

Wow, Thorin, you got Bilbo wrong and you got the Elves wrong too! This was the stake through the heart of this film Most of the dwarfs are completely redundant and I could not identify or even accept Bilbo.

Same goes for Thorin except the scenes he is in feel more like a bad soap opera than they do a "blockbuster" film.

It is just dull and lifeless and stupid. You shouldn't do things just because you can. The LOTR trilogy for the most part had decent pacing, and it didn't do things too fast, too soon, or for the sake of it.

The Hobbit is in a league of its own. I went to watch an engaging movie and I got a cartoon. The use of CGI is also glaringly obvious and fake; like with the prequels of Star Wars, when the movie cuts between humans and CGI blobs, your brain is onto it.

Stop relying on CGI for everything. It's getting annoying, not to mention OLD. At least Jackson makes real sets so it isn't a total wash out.

The Hobbit should have been 2 films, and making it 3 has been the final nail in the coffin. So, I am sat here mightily annoyed that once again graphics and self indulgent, completely pointless action scenes have trumped good storytelling and pacing.

Of course, the film is still entertaining at times and the 3D visuals are fun, but for me it is a massive disappointment. Peter Jackson's return to the world of Tolkien is rather weak.

At first I was against the idea of such a small book being made into a trilogy. I still am. Many say not to compare this film to the far superior "Lord of the Rings" trilogy.

Well, it's hard not to considering Jackson has tried so hard to recreate the style of the original films because that's what the audience wants.

Wikimedia Commons Wikiquote. Don't give me the "it's based on a children's book" crap. Sure, the source material was written for children but I'm talking about the movie.

Adding all this stupid humor really messes with the tone; it doesn't feel like it belongs in the LOTR universe which "The Hobbit" is trying so hard replicate.

The film will go from trying to be epic to pathetic gags. It doesn't work. I don't mind a little humor occasionally but this is just overdone and it makes the film feel very unbalanced.

Now to the pacing. Many say the beginning is slow but they're wrong. The entire film is slow! Radagast's involvement is pointless and his bunny sled is ridiculous.

We also get to see Saruman and Galadriel in a boring scene that has absolutely no relevance to the main narrative.

Wait, what exactly is "The Hobbit" about again? But no, we need them in order to have enough material for the trilogy.

Not good. I wouldn't have a problem with this if all these extra scenes actually advanced the plot. But the White Council just talks and they never decide to act on anything.

At least in "Fellowship" the plot makes major advancements but in "The Hobbit" the story hardly goes anywhere.

Let's discuss the action. It's like watching a video game. The main orc villain, Azog, looks fake. Everything is CGI overload; there's no tension.

Characters survive unbelievable situations. Compare the ending orc scene in this film to the one in "Fellowship.

Unfortunately everything in "The Hobbit" is cartoonish. Not to mention most of the action has no impact on the story whatsoever. Now to the characters.

Gandalf is great but that is to be expected. Martin Freeman does fine as Bilbo but his transition from weakling to hero happens a little too quickly and feels unrealistic.

Thorin is your typical warrior like character; I didn't care for him too much. Bifur is probably my favorite of all the dwarfs hold on, I just searched his name and realized I got the wrong one, his name is BOFUR, my bad.

All the other dwarfs are just there and if you were to ask me to name them and describe something about their character, I couldn't do it.

And I'm sure you couldn't either. But the film does have some good. We get to see Bilbo and Gollum interact in an iconic scene. The finding of the Ring is also significant and is really the only scene that should have any connection with LOTR unlike Galadriel, Frodo, etc.

And that's about it. Honestly, nothing really happens. While watching "The Hobbit" you kind of forget about the main adventure because of all the padding.

Then at the end you're like, "Oh yeah, there's a dragon. It's such a shame that "The Hobbit" ended up being a drawn-out, bloated, boring mess that lacks compelling characters and an engaging story.

I really wanted to love it but it's hard not to ignore the many problems. I couldn't wait to return to Middle-earth but now I'm not sure if I want to go back to this new cartoon version.

Hopefully improvements will be made in the sequels but after witnessing this my hopes aren't too high. All these years of anticipation and this is what we get I was convinced the many criticisms I read beforehand were exaggerated and wouldn't bother me.

To my surprise, quite some criticisms seemed justified in the end However, while I understand why they included them, they all feel out of place.

The frame story doesn't blend in naturally and the history of Erebor has too much to show in too little time. His scene in Dol Guldur really threw me out of the movie.

His scenes have a strange "un-Tolkien" vibe, particularly the battle of Azanulbizar the worst scene of the movie , which doesn't feel like a fierce and thrilling battle at all.

In the book, we experience everything through Bilbo's eyes, which creates a strong connection between the reader and the main part.

This is missing from the movie: Bilbo even seemed to have more or less disappeared between the troll encounter and the stone giants' battle.

His homesickness, his doubts, all of this isn't really developed in the script. The emphasis on Thorin is a good thing, but also not perfect: during the enclosure by the Wargs, I didn't buy Thorin's charge towards Azog and especially Bilbo's sudden "action hero saves the day in the nick of time" intervention.

The latter seemed like a very inappropriate way to illustrate Bilbo's courage. There were actually only two great scenes: Riddles in the Dark is amazing, but ironically, it also painfully shows how mediocre the rest of the movie actually is, because this is the only moment that comes close to the level of LOTR.

In fact, I think the pacing is about just right and proved it would have been really difficult to adapt the book in just one fully-fledged movie.

But since I didn't like the additions, I'm doubting whether a third film is necessary after all but I suspend my judgment until I'm not talking about the bright colors or the digital images, but the lack of physical camera use.

What Happened to The Hobbit? Pt. 2 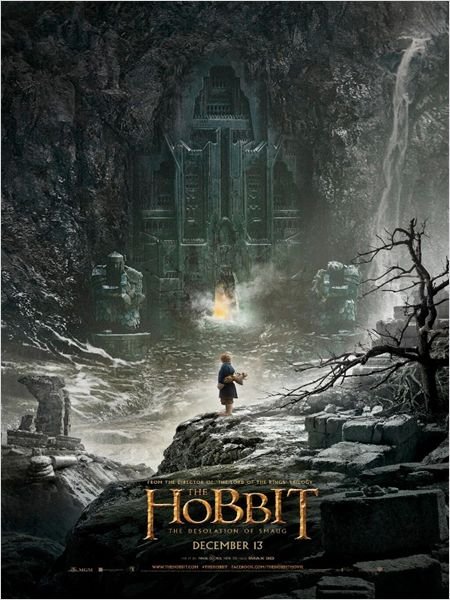